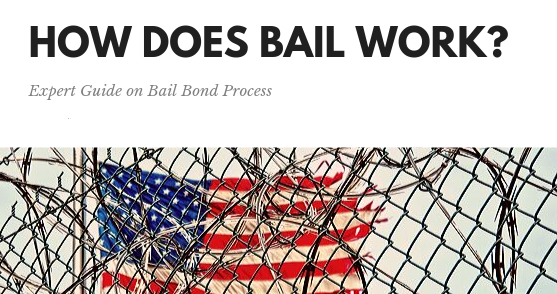 Understanding the Utah Bail Bonds Process will increase the confidence when choosing to Bond your loved one out of Jail. First; Massey’s immediately provides your loved ones bail information. Second, we explains the Bail Bond process; Will go over the terms & conditions of the Bond. Finally; we’ll answer any follow up questions. . Call Massey’s directly to start the bonding process.

Q.) What is the difference between Bail & Bond?

Bail: Is a Monetary amount set by the Utah Courts to guarantee the accused appears to all court dates until disposition of the case is determined.

Bond: A fixed amount written for the monetary amount of the bail set by the Court to guarantee all appearances until the disposition of the case.

Q.) How is the Bail amount determined?

The financially responsible party guarantying to pay the FULL Bail amount if the accused fails to appear until disposition of the case. The Indemnitor/Co-Signer is contractually liable & signs a binding contract.

Q.) What are the contractual obligations of the Bond?

Loss of a bond will be evident if:

Q.) Can a Bond in Utah be reinstated?

1.) If a defendant appears in court within thirty days(formerly 7) after a missed, scheduled court appearance, the Court may reinstate the bail bond without further notice to the surety.

2.) If a defendant does not appear within thirty days (formerly, 7) after a scheduled court appearance, the court will not reinstate the bond without the company’s consent.

3.) If the defendant, while in custody, appears on the case for which the bail bond was posted, the Court may not reinstate the bail bond without the consent of the bond company.

​Time on Bond to the point of relief

1.) If no information or indictment charging a person with an offense is filed in a Utah Court within 120 days from the date Bond is posted, the Court shale relieve the accused and the bail bond is exonerated without further order of the Court, unless the prosecutor requests an extension of time before the end of the 120 days by:

(a) filing a notice for an extension with the Court;

(b) serving the notice for extension upon the sureties and the accused or his attorney.

(c) A court may extend Bail and conditions of release for a good cause.

2.) If the Court does not set on a calendar any hearings on a case within 18 months of the last court docket activity on a case, the undertaking of Bail is exonerated without motion.

Q.) Does everyone get Bail?

2.) capital felony, when the Court finds there is substantial evidence to support the charge;

3.) felony committed while on probation or parole, or while free on bail awaiting trial on a previous felony charge, when the Court finds there is substantial evidence to support the current felony charge;

4.) felony, when there is substantial evidence to support the charge and the Court, finds by clear and convincing evidence that the individual would constitute a significant danger to any other individual or the community, or is likely to flee the jurisdiction of the Court, if released on Bail;

5.) felony when the Court finds there is substantial evidence to support the charge, and it finds by clear and convincing evidence that the individual violated a material condition of release while previously on Bail; or

Exoneration of Bond & Absolution of Indemnitor/Co-Signer?

Q.) What does a Bond being exonerated Mean?

The Indemnitor/Co-Signer is released of the FULL liability of the Bail. The Contractual obligation is satisfied.

Q.) Is the Indemnitor/Co-Signer responsible to pay fees if the Bail Bond Company revokes the Bond?

The following are some reasonable expense fees:

(i) reasonable expense fee for mileage is IRS mileage

transportation at no more than coach fares;